The Politburo of the Community Party on Monday, blamed both Central government as well as  Assam government for the flood situation in the state.

Wave of flood, affected the life

In Assam the third wave of flood, has severely affected the life and livelihood of more than 35 lakh people. Almost 84 people already have lost their  lives.

“In this devastating floods in Assam, both Central and BJP governments failed to provide the relief”, the left party said.

Moreover 3000 villages of 24 districts are bloodied by land erosion by the vast Brahmaputhra, Barak and their tributaries.The flood had bloodied 1.27 lakh hectares of cropped area and loss of numerous livestock. Thousands of bridges, embankments, dwelling houses and public properties are pulled down.

The Politburo stated in a statement that BJP deplorably failed in led the Assam State Government every year. They are suffocated by the lack of proper actions from the government to resolve the flood issue. It is widely affecting the livelihood of the their life span also. The Politburo insists that endurable relief and convalescence to ensure each family requirements.

For this everlasting flood issue of Assam must be considered as a national problem.Regard of this issue fund be released adequately.

Honorable Prime Minister Narendra Modi during the telephonic conversation with Assam Chief Minister Sarbananda Sonowal discussed the critical situation of the state with the devastating flood, on Sunday. 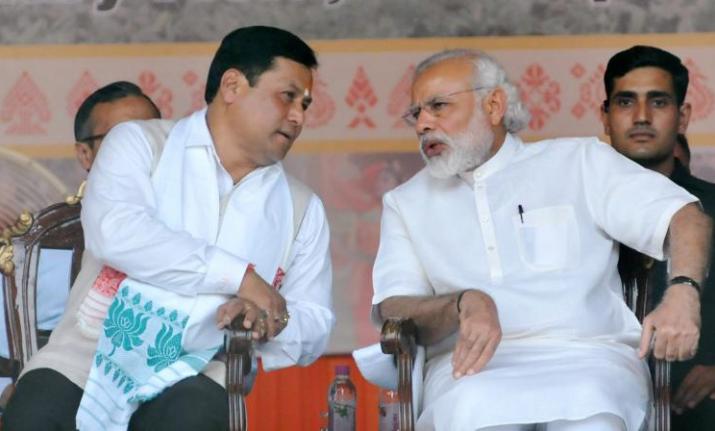 Modi assured Sonowal for offering the support from the Central government undoubtedly.

ABOUT US
ExamsDaily is your resource hub for Current Affairs, General Knowledge, Exam Notifications, Competitive Exam preparation, etc. We provide you with the latest
FOLLOW US
© Examsdaily all right reserved 2021